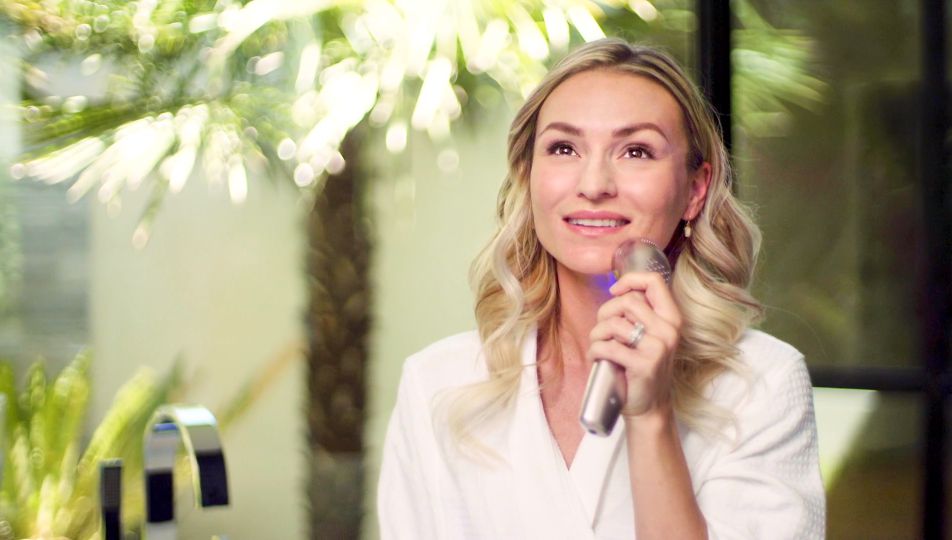 Blue and red light therapies, two forms of phototherapy, have some similar benefits and uses, although they work in different ways.

The mechanism of action of both is still not entirely well-understood, but it’s believed that LLLT devices produce light with wavelengths similar to those of blue light lasers only with broader output peaks (they’re less monochromatic and don’t produce heat or friction).

Blue light is more commonly used at home from light-emitting devices, especially for the treatment of acne. It’s been found that blue light reaches the sebaceous (oil) glands in the skin and can help kill porphyrins, which are compounds inside acne bacteria. (12)

Red light is believed to penetrate the skin deeper and may also help acne and other skin disorders by reducing inflammation and improving healing.

Blue light and red light can be emitted from tabletop light therapy devices (which are used at home and usually weaker, requiring about a total of 30 minutes to one hour of treatment time twice per day) or from stronger devices used in doctors’ offices that work quicker (sometimes within just several minutes or less).

The Wellman Center for Photomedicine at Massachusetts General Hospital explains that there’s still widespread uncertainty and confusion surrounding the mechanisms of action of these light therapies, especially LLLT, at the molecular, cellular and tissue levels. There are also a large number of parameters for doctors to consider before treating individual patients (wavelength, fluence, irradiance, treatment timing and repetition, pulsing, and polarization) that can add to the confusion and patient variability in terms of results.

© 2022 Renoir Labs. All Rights Reserved. Web Design By Sage Digital AgencyManufacturer Warning: RENOIR Labs products sold by unauthorized online sellers may be used, expired or counterfeit and present a serious health risk. To report unauthorized sales or confirm the authenticity of your product, please contact us.